What’s the Difference Between LSD and Mushrooms? 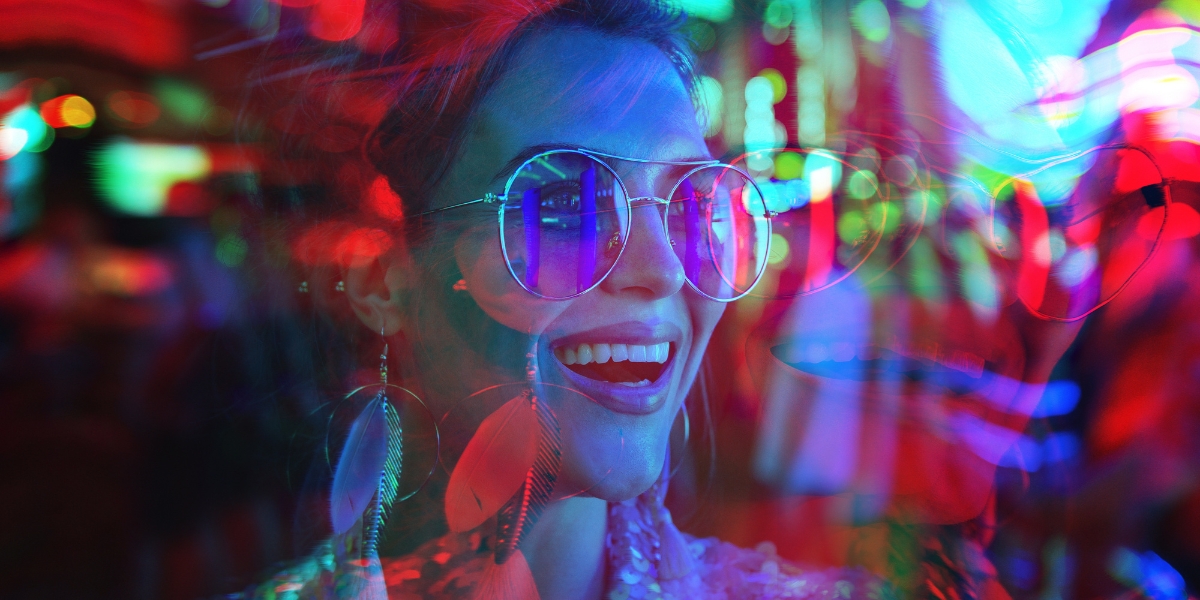 The differences between LSD and magic mushrooms include their origins, histories, psychedelic effects, the doses needed to feel high, onset times, and how long they last.

Psilocybin mushrooms and LSD, or shrooms and acid, are both psychedelic drugs that interact with serotonin receptors to alter perceptions of reality and produce hallucinogenic effects. They mainly affect the regions of the brain responsible for perception, mood regulation, and logic. That is where the similarities end.

LSD is a white powder or a clear liquid; both forms are odorless and tasteless. Users ingest LSD by dissolving pieces of tissue or candy soaked in it on their tongues or putting drops into their mouths.

The History of LSD

A chemist from Switzerland, Albert Hoffman, was the first to synthesize LSD in 1938 and the first recorded person to take it in 1943.

The discovery of the structure of LSD led scientists to realize it is very similar to the form of serotonin. Because of the similarities, hundred of studies started on the effects of LSD for curing depression, anxiety, and what we now know as post-traumatic stress disorder (PTSD).

Some historians believe that manipulating ergot for psychedelic effects goes back to medieval times and ancient Greece for use in childbirth and ritual ceremonies.

LSD is considered a classic psychedelic and is mainly associated with hippies, the counter-culture, and musicians of the 1960s and 70s. Due to the political climate, the government quickly enacted laws to restrict the use and manufacturing of LSD. However, recently there has been renewed interest in studying LSD as a therapeutic drug.

The effects of LSD are called acid trips and can be unpredictable based on the user’s state of mind, mental health, and the environment when they take LSD.

LSD produces changes in brain waves resulting in changes in perceptions of reality, time, and self-awareness.

Acid trips have an onset time of about an hour to two hours, lasting from 8 to 12 hours. In extreme cases, when other drugs are present or a person takes a very high acid dose, LSD trips can last up to 24 hours.

People take LSD as a way to open up their minds and experience new perspectives; however, LSD can also cause physical effects and long-term changes in perception.

Effects of LSD include:

Psychedelics and hallucinogens are unpredictable, and knowing how they will affect you is impossible until you’ve already taken them. People with a history of mental health issues are likelier to have a bad trip. A bad acid trip is when the hallucinations and sensations become terrifying and overwhelming.

Signs of a bad acid trip include:

The only way to overcome a bad acid trip is time. Moving to a calm and quiet environment and having a sober person help soothe you can reduce the side effects, but there is no way to end an LSD trip early.

An Overview of Shrooms

There are over 200 varieties of mushrooms found in South America, Mexico, and the United States that contain the naturally occurring psychedelic compounds psilocybin and psilocybe cubensis.

Magic mushrooms are usually dried out and eaten, ground into a powder, or brewed into a tea for users to ingest.

The History of Psilocybin in Mushrooms

Cultures have used psychedelic mushrooms in ceremonies and medicinal purposes since before written history. Archeologists have discovered accounts of magic mushrooms and psychedelic experiences dating back 9,000 years, from Algeria to Guatemala and Mexico.

In the United States, mushrooms never gained the same popularity as LSD but became subject to the same laws banning them. Currently, some states are trying to legalize small amounts for therapeutic use.

For thousands of years, people have used shrooms to feel more open-minded and connected to nature and the spiritual aspect of life; however, mushrooms also have physical effects that add to the experience.

Effects of shrooms include:

Bad mushroom trips are less common than bad acid trips because the doses aren’t as strong; however, they share similar traits.

Signs of a bad shroom trip include:

Time is the only thing that can fix a bad shroom trip. Finding a calm, quiet place to wait out can help relieve some overwhelming stimuli.

Combining LSD and mushrooms is sometimes called “a hippie trip,” but official studies on the effects are limited.

Chronic LSD users require higher doses of mushrooms to feel their impact. Because the drugs are similar and interact with serotonin receptors, mixing them will result in more prolonged and intense hallucinations.

Shrooms and acid both cause powerful mental effects; combining them may be playing with fire and increase the risk of long-term psychological effects and mental health complications.

Psychedelic drugs are not physically addictive; their mental effects can lead to dependency. Many people who abuse LSD, mushrooms, or both, often struggle with addiction to other substances or polysubstance abuse. At Northridge Addiction Treatment Center, we understand that addiction to psychedelics can be a symptom of deeper problems.

We use dual diagnosis and medication-assisted treatment to address and treat substance use disorders and co-occurring mental health conditions. In cases of polysubstance abuse, we provide onsite medical detox with 24-hour care and support to ensure your comfort and safety during withdrawal.

Reach out to our treatment specialists today. We are eager to help you take the first steps on the path to recovery.