Effects of Mixing Adderall and Alcohol 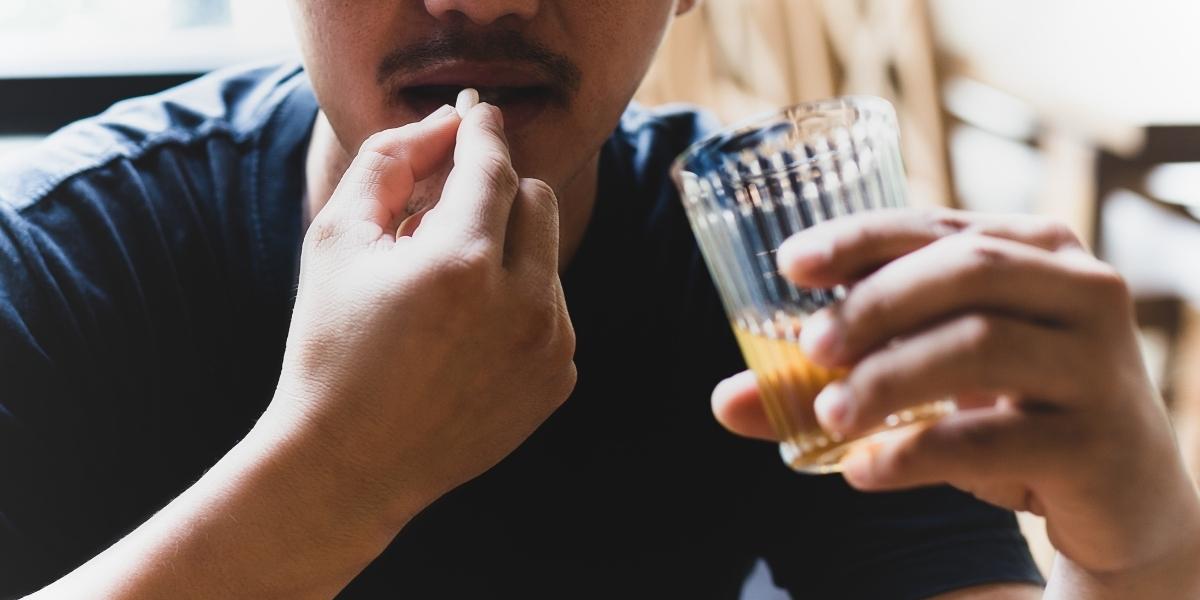 Recreational drug users commonly combine uppers and downers to heighten and prolong the effects of both substances. Most people hope to achieve these intense effects when mixing Adderall and alcohol.

Some people believe that using Adderall with alcohol is safer because Adderall is a prescription medication. Abusing any legal substance like alcohol or a prescription like Adderall is dangerous and addictive. Substance abuse and polydrug use can worsen preexisting mental health and physical conditions and produce additional side effects when combined.

A stimulant drug like Adderall can effectively treat attention deficit hyperactivity disorder (ADHD), but there is a high risk of developing an addiction even when directions are followed closely. In the United States, ADHD medications are among the most abused prescription medications, and alcohol is the number one abused substance in the country.

A person who mixes Adderall with alcohol increases their chance of developing a substance use disorder, Adderall addiction, and more immediate health risks. Prescription drug abuse, binge drinking, and experimenting with substances are often associated with young adults and college students, but people of all ages are vulnerable to substance abuse problems and addiction.

Data collected by the Substance Abuse and Mental Health Services Administration (SAMHSA) showed that emergency department visits involving ADHD medications and alcohol tripled from 2005 to 2010 and continue to increase.

The average age of people abusing Adderall and alcohol has increased in recent years. Experts think this results from recreational use as a young adult carrying over into substance abuse with age.

Can I Drink Alcohol While Taking Adderall?

The National Institute on Alcohol Abuse and Alcoholism (NIAAA) published a list of the most commonly used prescription and over-the-counter medicines that interact with alcohol because of the risk for dangerous reactions.

Drinking while taking prescription stimulants remains one of the most common substance combinations in the United States among recreational users.

Effects of Drinking Alcohol on Adderall

Alcohol is a depressant, and Adderall is a stimulant; people who mix the two mistakenly think they balance each other out. In reality, the two substances compete in the body and create a struggle for dominance that can overload and strain your body and have adverse side effects.

One of the reasons people combine alcohol and Adderall is to stay awake and feel the effects of the substances longer and more intensely. Another common reason people drink is that they are experiencing too many side effects of Adderall and want the sedative effects of alcohol.

One study showed that 80% of people who abused Adderall and alcohol only took the stimulant after drinking already to feel less of the effects of alcohol. While Adderall does dull the effects of drinking, it does nothing to lower a person’s blood alcohol content. People who drink a lot while on Adderall because they don’t feel drunk are at high risk for alcohol poisoning.

Dangers and Risks of Mixing Adderall and Alcohol

Adderall and alcohol are two opposing substances. They have various side effects, but they interact to produce unique dangers when combined.

Alcohol is a sedative that depresses the central nervous system and slows down your reflexes and vital biological functions. Adderall is a stimulant medication that puts people on high alert and makes them feel stimulated and motivated while raising the heart rate and blood pressure. Both substances affect dopamine production and regulation, which can have physical and mental health ramifications.

The dangerous effects of mixing Adderall and alcohol include:

Interestingly, some studies show Adderall reduces the symptoms of alcohol withdrawal syndrome. While this might seem beneficial, people who use Adderall to self-treat their alcohol withdrawal risk trading one dependence for another or becoming addicted to both.

Physical and psychological withdrawal from Adderall or alcohol can be uncomfortable and dangerous. Attempting to detox from both should be approached cautiously and with medical supervision.

At Northridge Addiction Treatment Center, we provide onsite medical detox with 24-hour medical care to monitor your physical and mental health during withdrawal while starting the first step of treatment.

Addressing people’s lifestyle and social habits who mix substances is also essential for overcoming problematic substance use. Our experienced, licensed team of professionals specializes in treating all aspects of your addiction— taking a whole-person approach and tailoring a custom treatment plan designed to meet your needs and progress during and after rehab.

While you address the roots of your addiction and gain the skills to lead a fulfilling life free from substance use, our residential treatment facility surrounds you with support, comfort, and a family atmosphere. We ensure your experience at NATC is immersed in healing to make recovery a transformative and inspiring experience that lasts a lifetime.

Reach out now. Our treatment specialists are eager to address your concerns and help you get started on your path to recovery.