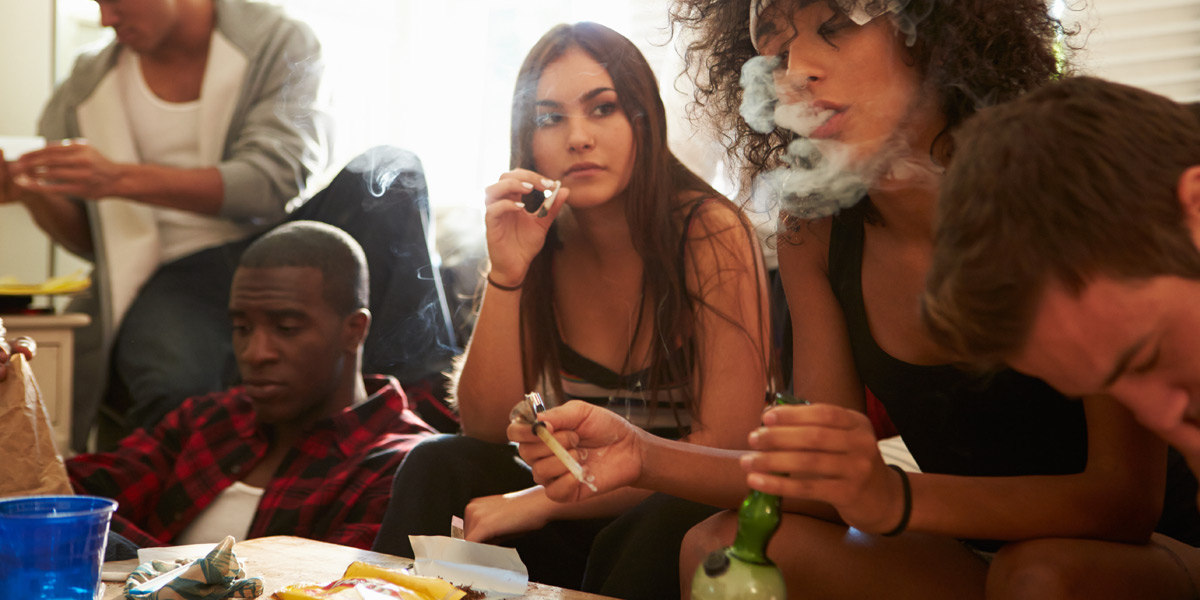 The most popular synthetic marijuana brand names are K2, Kush, and Spice, and they are used interchangeably as street names for the new psychoactive substance.

Kush is a synthetic marijuana product name brand, playing on the similarly named strain of pot, “OG Kush,” and other Kush strains. The misleading name was intentional to make users believe it was a cannabis product or from a Kush plant. Kush has since become a catchall name along with K2 and Spice.

Despite being easy to find and commonly called a safe, legal alternative to marijuana, Spice is not the same. It is not derived from marijuana plants.

Synthetic marijuana is part of a different group of drugs called new psychoactive substances (NPS) that are mind-altering and difficult to regulate. K2/Kush is popular with young adults partly because most drug tests cannot detect it, although it has more potent, more dangerous, and negative effects than weed.

What Is Synthetic Marijuana?

Manufacturers spray the plant material with various chemical compounds and then dry it out, package it, and sell it as Spice, K2, Kush, and many other brand names. The final product is called synthetic marijuana or fake weed.

It is easy to find these synthetic products in gas stations, head shops, and other places that sell herbal alternatives. Often marketed as natural but labeled as not for human consumption.

What Are Synthetic Cannabinoids?

The reality is that synthetic cannabinoid products are nothing like real pot. The chemical compounds used in fake weed interact differently with the receptors in the brain. Because of this, the effects of synthetic marijuana are unpredictable and can range from uncomfortable to life-threatening.

Manufacturers of Spice, K2, Kush, and other brands have found loopholes to keep the product legal and under the radar of authorities. Because of that, there are many different name brands and slang to refer to synthetic weed.

The Drug Enforcement Administration (DEA) currently lists the most common slang terms for synthetic marijuana as:

There is no specific chemical or active ingredient in K2; there can be dozens to hundreds of different things mixed to produce the desired effects.

The federal government has banned the prevalent ones, but manufacturers constantly change formulas to avoid the law. Plants are sprayed with an active chemical created in a lab, dried out, and then chopped up or dissolved into a liquid.

The Centers for Disease Control and Prevention (CDC) states that federal and state laws in the United States have begun to ban categories of ingredients rather than specific chemicals.

Much like Kratom, most Kush comes from Asia and is unregulated. That means that the amount of synthetic marijuana can vary from batch to batch, as can whatever other ingredients are present.

The CDC has found that synthetic cathinones, or bath salts, are a common ingredient in Spice. Even the plant material in Kush is not consistent. Everything from tea leaves, grass clippings, Indian Warrior, Lion’s Ear, Dog Rose, Marshmallow leaves, and dozens of other plant species have been found in K2/Kush. In addition, some of these plants have psychotropic effects on their own, which can have adverse effects when mixed with synthetic cannabis.

Synthetic marijuana looks like dried and shredded herbs. The predominant colors are green and brown because the makers want it to resemble marijuana as closely as possible. The texture and smell of K2/Kush will also be different with each batch.

The packaging of K2 is intentionally designed to attract attention. It is typically in shiny and colorful foil or tins, sometimes plastic bottles, and usually with a unique font that stands out.

Kush sometimes comes in liquid forms for vape pens, but people can also find it sold away from tobacco, THC, or CBD-based products because it is often sold as potpourri or incense.

Most users take K2 and Kush to feel effects similar to marijuana. Instead, however, synthetic marijuana can be inconsistent, as can the short-term effects.

K2/Kush users have reported feelings of:

Synthetic drugs have different side effects than the ones they imitate. According to the National Institute on Drug Abuse (NIDA), the few studies of K2 conducted have proven that it bonds very fast and powerfully to the brain. Nonetheless, as previously stated, each batch of Spice can have different ingredients, making the effects dangerous, unpredictable, and different every time.

The NIDA reports the most common side effects of synthetic cannabinoids are:

Synthetic marijuana is a relatively new drug, and long-term use studies are just starting to emerge. Young people using mind-altering drugs is especially concerning because brains are still developing in humans until 25. Habitual use of K2/Kush could have severe long-term health effects and exacerbate users’ mental illnesses.

According to the CDC, the long-term effects of synthetic marijuana use include:

If you or a loved one experiences severe effects, you should immediately seek medical advice or go to an emergency room. Thus, you must be honest with healthcare professionals when seeking help so they can treat you properly.

NIDA reports indicate that K2/Kush use has almost tripled every year since 2017, especially among teenagers and young adults.

Quitting K2/Kush can cause a person to experience withdrawal symptoms that may occur right away or several days after the last use.

Additionally, because addiction can happen with any substance used regularly and affects both physical and mental health, talk to your health care professional ahead of time if you plan to quit a substance, so you know what to expect.

Substance abuse and addiction can feel hopeless, but help is available for you or your loved one. Northridge Addiction Treatment Center offers personalized, free of judgment care to achieve impactful recovery.

We prioritize the comfort and safety of our residents and employ fully licensed medical professionals that will provide medically supervised detox if needed and evidence-based treatment programs to heal the whole person.

NATC offers a peaceful environment for the perfect sanctuary in the San Fernando Valley of Los Angeles. Our residents enjoy modern amenities, fresh food catered daily by a chef, and recreational therapies to make recovery relaxing, engaging, and meaningful.

Our admissions specialists are looking forward to helping you navigate your first step to a better life. Reach out today.