What Does Valium Do? 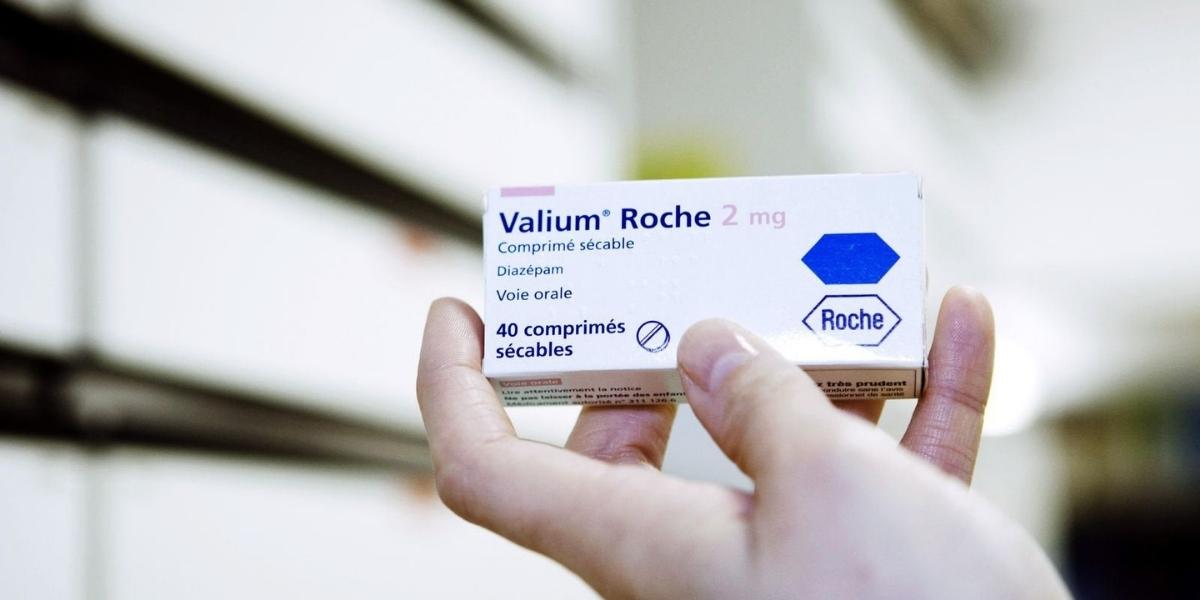 Diazepam, better known as Valium, works to calm the brain and the nerves, making it very effective in treating anxiety and panic attacks when taken regularly.

Valium is a benzodiazepine, usually prescribed as an oral tablet, with a high potential for dependence and abuse.

People who use diazepam longer than 4 to 6 weeks increase their risk of addiction, and many people will need professional help to stop safely.

Valium (diazepam) is a long-lasting type of benzodiazepine that stays in the body longer than other similar medications. Thus, patients need fewer doses over time when taken as instructed by a doctor.

Most people prescribed Valium have to take it regularly for it to be effective. Still, when it is misused or combined with other medications, it can quickly lead to addiction and drug abuse.

What Is Valium Used For?

Valium has been around since the 1960s to treat anxiety disorders. As scientists learned more about diazepam, it became more widely used for other conditions.

Valium affects both the brain and the central nervous system resulting in calming effects on the body’s neuronal processes. This process is responsible for receiving and transmitting information from the brain throughout the body. This makes Valium ideal for treating the following:

Valium name brand pills are different colors based on their strength.

Valium pills come in three different doses and have the following characteristics:

Like most prescription medications, Valium has side effects. Doctors who prescribe diazepam consider the benefits more important than the side effects.

Even when using Valium as prescribed, there are still side effects. Although, the side effects are usually mild and go away when the medication is out of the system.

The most common side effects include:

Regardless of what dose of Valium you take, do not drive a car or operate machinery after taking a dose of diazepam and always keep it out of reach of children.

It is essential to talk to your doctor or pharmacist before taking Valium so you know what to expect, what to watch for, and when to seek medical attention.

People who are dependent on Valium long-term or those who abuse it may experience more severe adverse effects.

Studies have shown that older adults are susceptible to the long-term effects of diazepam.

Some of the long-term side effects of Valium use include:

If you are experiencing severe side effects or an allergic reaction, you should call your doctor right away. And if you feel like the side effects are life-threatening, you should seek emergency medical treatment.

Valium has a high risk of dangerous interactions with other prescription drugs, alcohol, over-the-counter medications, herbal supplements, and illegal drugs.

Valium is a potent drug by itself, and mixing it with other drugs and alcohol can result in dangerous and sometimes life-threatening drug interactions.

Diazepam has sedative qualities, which makes mixing it with other downers particularly risky because the risk of accidental overdose increases.

This is a complete list of some of the most common medications that increase the risk of drug interactions with Valium include:

You should never mix medications unless a doctor has specifically instructed you to, and you should tell your doctor or pharmacist about any other supplements or medications you are taking.

Below are some of the most common doses for oral tablets of Valium (diazepam) based on the condition they are treating:

Diazepam dosages will be different for every person, and every condition, so it is essential to talk to your doctor and follow instructions closely. If your doctor increases your dosage, follow their directions carefully to avoid adverse effects.

Additionally, it would be best if you talked to your doctor before you stopped taking diazepam to avoid withdrawal symptoms. Most doctors will recommend slowly decreasing your doses over time, called tapering.

How Long Does Valium Last?

When taken orally, Valium goes into effect within fifteen minutes to an hour, and the effects last four to six hours.

Valium is a fast-acting, long-lasting form of diazepam, though every person will process diazepam differently based on physical factors.

How Long Does Valium Stay in Your System?

Valium stays in your system for seven to ten days. Even after the effects have worn off, it is still present in the body.

The amount of time it takes the body to eliminate diazepam will depend on each person’s physical makeup and overall health.

Because Valium is taken regularly for certain conditions, it can build up in the body, meaning it will take longer to be entirely out of your system.

Diazepam has a high potential for addiction and abuse. The National Institutes of Health (NIH) believes that diazepam’s efficacy and fast onset give it a higher risk of dependence and abuse.

There is a misconception that people cannot become addicted to medicine prescribed by a doctor, but that is not true.

People taking Valium exactly as prescribed, whether weekly or daily, can develop a tolerance and need higher doses to feel the effects. Taking increasing amounts and feeling like you cannot function without it is a classic sign of developing physical and psychological dependence, such as a substance use disorder, especially in people with a history of drug abuse and addiction.

If you become addicted to Valium, you can experience withdrawal if you stop taking it suddenly or without medical supervision. Valium withdrawal can be uncomfortable and sometimes dangerous, especially if you are addicted to multiple substances.

Many people struggle to stop taking Valium on their own because of both physical dependence and psychological dependence and fear of withdrawal. However, people who attend drug rehab treatment facilities have a higher chance of quitting successfully.

Valium withdrawal can be uncomfortable, and many people who try to do it independently are not successful. Receiving professional treatment for Valium addiction reduces the risk of relapse.

Our licensed and compassionate staff at Northridge Addiction Treatment Center keeps you safe during withdrawal with our on-site, medically supervised detox. Then comfortably transitions you into our serene residential treatment center.

Our accredited staff will work with you to develop a personalized treatment plan using proven and effective methods like dual diagnosis, behavioral therapy, and support groups to treat addiction and the underlying causes.

At NATC, our evidence-based treatment programs allow you to focus on your healing while gaining the skills for long-lasting recovery, health, and happiness.

We can answer any questions you have and confidentially verify your insurance for you.

Call our admission specialists today to start your path to a promising tomorrow.